Statistics are better when they're about orgasms 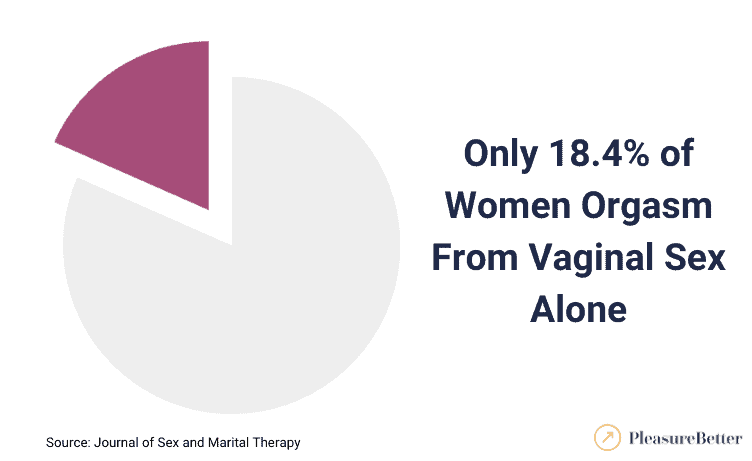 Are you curious about who’s having orgasms, how often, or from what activities? We’ve got you covered.

We’ve curated a list of interesting and insightful orgasm statistics gathered from a range of academic research studies.

Skip to a category that interests you or keep reading for all our stats.

These are some of the most interesting orgasm stats:

Who Is (And Isn’t) Orgasming?

Men and women are having orgasms at different rates. But those rates are also affected by sexual orientation. Here’s a few key stats.

It’s no wonder being familiar with a sexual partner helps. Here’s just how much it helps.

Who’s Never Had an Orgasm (Yet)

You’ll see stats all over the internet claiming anywhere from 5-15% of women never orgasm. But it’s important to remember, these statistics include a LOT of women who haven’t orgasmed yet.

Many are pre-orgasmic (They haven’t had an orgasm yet, but will later).

Not anorgasmic (Unable to orgasm).

There are also great resources for learning pleasure like OMGYes – a platform where women teach and demonstrate their own practical techniques for experiencing pleasure and orgasm.

There’s been no substantial study so far to determine how many women never orgasm their entire life. Here’s the best numbers we have.

Many will naturally have orgasms later in life. But for those who don’t – there is still hope!

Who’s Having a LOT of Fun – Multiple Orgasm Stats

Women’s Orgasms During Sex – More of Those Gender Gaps

If you need clit stimulation to orgasm during sex, you’re not alone. As these female orgasm statistics show – most women do!

Orgasm Stats During Other Activities

Wondering how long an average orgasm lasts or how long it takes to orgasm? Here you go.

Orgasm and the Prostate

There are readily available research studies on the reproductive and health functions of the prostate, but unfortunately very little is available on the pleasure functions of the prostate. To this date, there have been no published lab-conducted studies researching orgasm from prostate stimulation alone. Available information on prostate orgasms, including those induced by prostate massagers, while extensive – is primarily anecdotal [34].

One of the most recent papers on prostate-induced orgasms published in Clinical Anatomy [34] states “there can be little doubt that stimulating the prostate via the rectal wall can create ecstatic feelings that are exceptionally pleasurable, often surpassing those obtained from penile stimulation.” The author goes on to urge the scientific community to study the phenomenon more extensively.